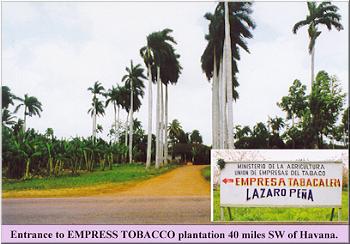 Tobacco is grown in tropical parts of the world. Tobacco produced in areas such as: Africa, Brazil, Canary Islands, Connecticut, Cuba, Dominican Republic, El Salvador, Ecuador, Jamaica, Mexico, Nicaragua, Philippines, Sumatra, is used to provide leaves that are utilized in various components of the cigar.

Plantations are found away from cities and share some similarities. They are usually large plots of fertile land that are staffed by highly qualified farmers, growers, and technicians that are responsible for all steps in producing superior tobacco destined to become the worlds finest premium cigars.

Land used to grow tobacco is carefully prepared prior to each planting. Tobacco is never planted immediately after a previous crop has been harvested. Crop rotation, tilling and utilizing specially formulated fertilizers along with creating superior genetic seed varieties are the primary objectives to superior tobacco cultivation. 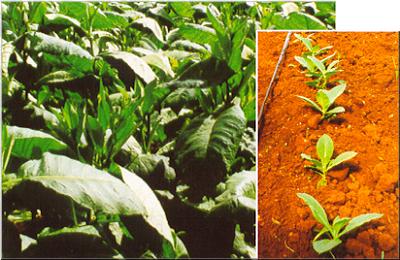 Tobacco plants are planted in succession from late September onwards. It takes 45-60 days to reach maturity. From 30-40 days onward, leaves are systematically removed from the plants. They are not allowed to flower. This extends the useful growing to 4-5 months. Harvesting takes place from mid January through late March. When harvesting, leaves are picked two at a time.